Sources and Uses of Funds

The Chateaugay Lake Foundation was formed in 2007 to raise funds and undertake projects for environmental protection of Chateaugay Lake. The immediate need and focus for fundraising has been stopping the spread of Eurasian water milfoil in lake waters.

Of the more than $617,000 raised through the end of 2019, two-thirds has come from private donors, including many shore owners and their families. Nonprofit organizations representing the lake community, notably the Chateaugay Lakes Association as well as the former Chateaugay Lakes Arts Association, have also provided major support. In addition, the Milfoil Control Project has received contributions from the surrounding towns of Bellmont, Ellenburg and Dannemora. In 2008, the Foundation received a start-up grant from New York State that helped with milfoil control at the Department of Environmental Conservation (DEC) public boat launch. Fundraising events, including a summer raffle and annual dinner, have become an increasingly important source of support. 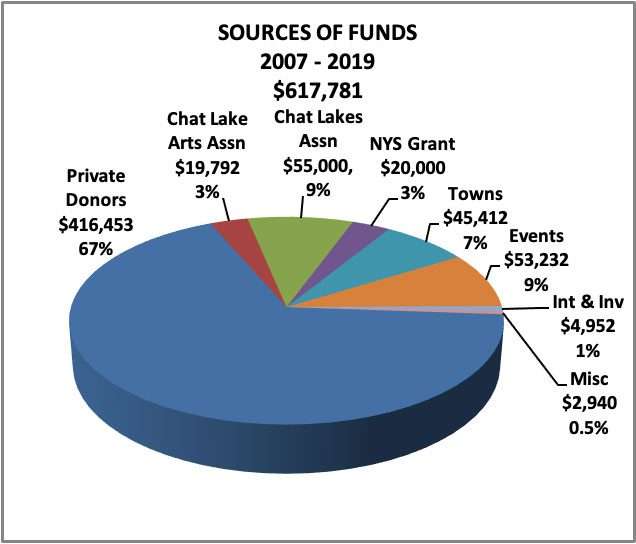 The majority of funds raised by the Chateaugay Lake Foundation go directly toward milfoil control—93 percent since the project began. This is a very high level of program efficiency according to agencies such as the Better Business Bureau and Charity Navigator. This funding has allowed treatment by hand-harvesting of 100 of the most heavily infested acres, about 40 percent of total infested acreage.  Results are promising. Milfoil density is down significantly in the treated areas, but control needs to be maintained and expanded to the rest of the infested shoreline.  Go to News for more on how funds have been put to work each year. 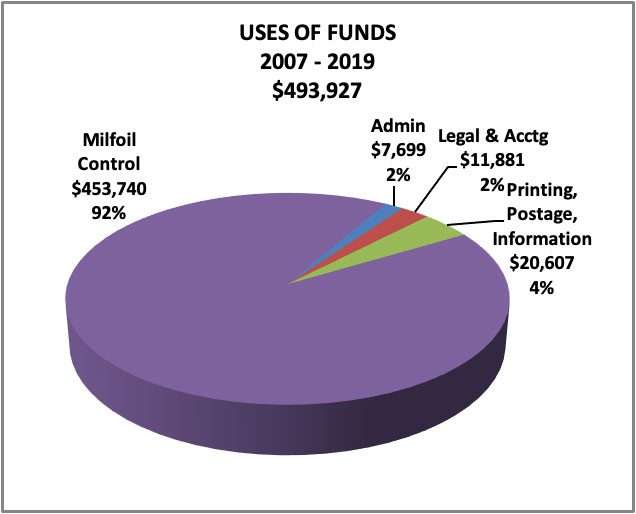